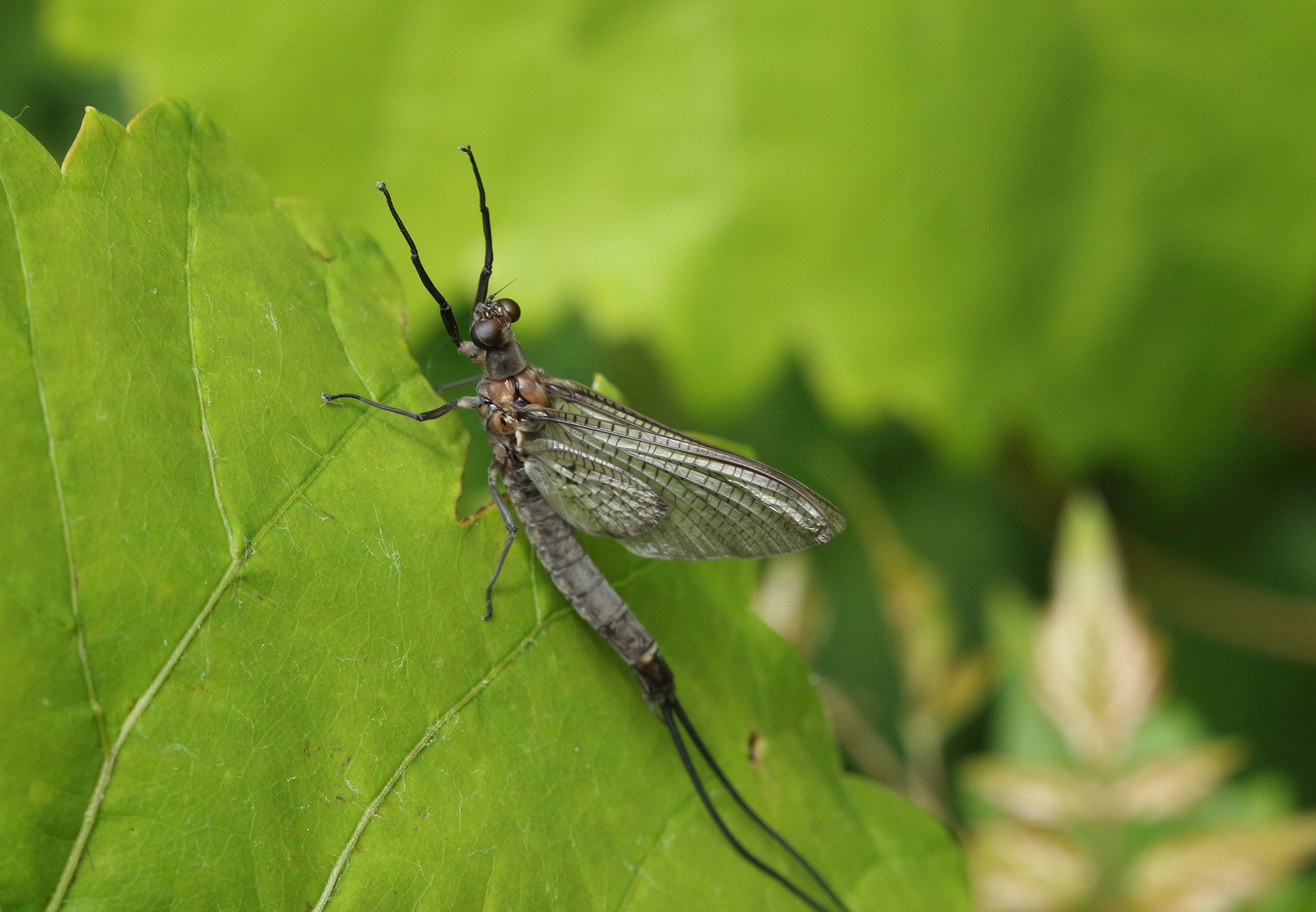 For this article, let’s continue our discussion about the dimensional nature of stream ecosystems. A predominant characteristic of lotic (flowing water) ecosystems is what is called spatio-temporal heterogeneity. (We scientists like to use terms like that because it makes us sound smarter.) What it means is that invertebrate communities differ quite a bit from spot to spot as well as from time to time. So, if anyone tries to tell you that you don’t know a thing about spatio-temporal heterogeneity, go ahead and “set ‘em” straight. These differences manifest themselves along four dimensional pathways. Another way to think about pathways is that they are routes of energy (food) transferred from one area to another (we all “gots-ta-eat”). Remember, the longitudinal pathway links upstream sections of streams and rivers to those downstream. Well, the lateral pathway is the interplay between the watered portion of a stream channel with its banks, and more so, with the surrounding flood plain. For this, a mayfly in the species Leptophlebia cupida will serve as an illustration.

The nymph stage of  Leptophlebia cupida is a mayfly commonly called the “prong gill.” (Yes, the gills are shaped like prongs.) We have collected them commonly over the years from our small stream studies. Fly-fishermen have a few poetic sounding names for them including the blue quill, the brown spinner, the slate-winged mahogany dun, and the Jenny spinner. They can make their way from stream channels to floodplain areas by water or by air. The water route is created by flooding. As streams rise in response to heavy rains and the banks become inundated, L. cupida  will first move to and along the channel margins en masse, and in effect “go along for the ride” as flood waters form small rivulets that flow farther inland. They then find ponded areas as the waters eventually recede and develop into winged adults. The length of this lateral pathway can be extended once the nymphs hatch and fly into the tree line to mate. Thus, the second way their energy moves laterally is through the air. Mayflies (including L. cupida) are generally poor fliers and therefore are highly susceptible to predation. This is because the adults do not feed, having but one function—to reproduce and continue the species. They carry just enough energy in fat reserves to find each other and lay eggs. Reproductive success is achieved by inundating predators with so many insects that they simply cannot catch them all. This is called a synchronous emergence. Hence, birds, bats, predatory insects like wasps and dragonflies, spiders, and even small mammals feed well at times along the lateral dimension.

Interestingly, the lateral dimension is two-directional. Those L. cupida that survive to mate must lay their eggs into the stream from where they came, so they fly back across the flood plain to do this. They then expire and often fall onto the water’s surface where they are fed upon by fish. Thus, some of the energy that originated in the stream channel is returned. Stay tuned for discussion of the last two dimensions. But for now, Leptophlebia cupida is our Normandeau “Bug-of-the-Month.”