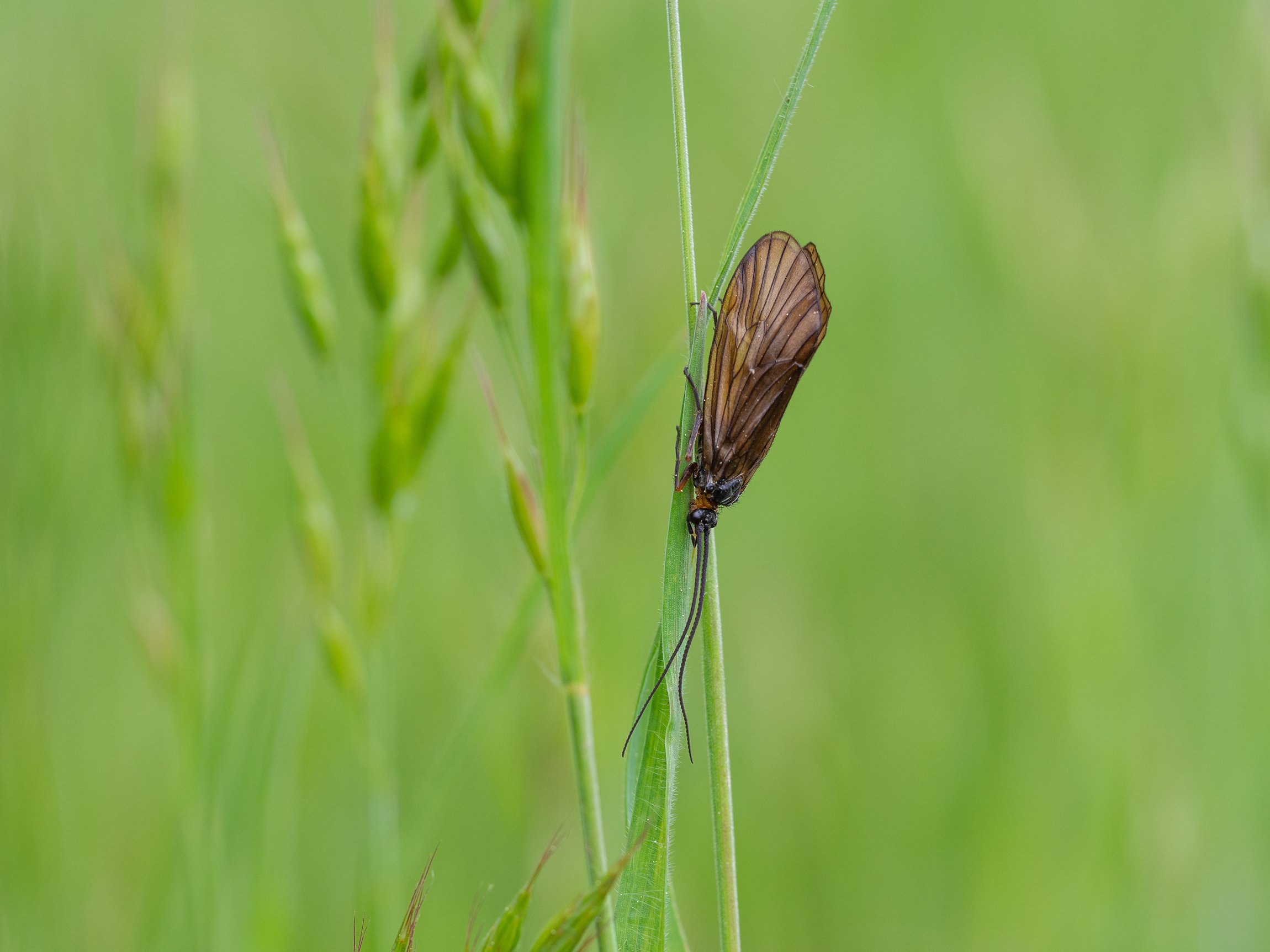 Our latest “Bug of the Month,” is a caddisfly called Anisocentropus(commonly called the false moth or referred to as sedges by fly fishermen) and is another example of specialization in bugs. I have discussed specialization in previous blog articles (see Bugs of the Month—Pseudiron and Fattigia Pele). Here, I introduce a concept called the “four-dimensional nature of lotic ecosystems.” This idea is summarized in a paper I read years ago that stuck with me by J. W. Ward published in The Journal of the North American Benthological Societyin March 1989 (NABS 8[1]). The term lotic simply means flowing water (riffles and runs) as opposed to lentic that means standing water (pools and backwaters). Lotic systems, as do all ecosystems, function by transferring energy through food webs. Sunlight enters the system when converted into chemical energy (food) by plants through the process of photosynthesis and is dispersed as herbivores feed on aquatic plants (small predators feed on herbivores, large predators feed on smaller ones, and so on). These are called energy pathways and the more inter-linked pathways there are the more healthy, efficient, fertile, and resilient the ecosystem.

One dimension, called the longitudinal dimension, links headwater channel sections of flowing streams to areas downstream. This is best exemplified through a phenomenon called invertebrate drift. Meaning, once Anisocentropus hatch near the source of a small stream and feed on detritus (broken-up and partially decomposed leaf material), they (and their food) either actively or passively move downstream with the current. Drift is a dispersal mechanism through which members of a species spread out to use food and habitat resources more effectively. Dispersal provides a selective advantage improving the odds that the species will prosper even though individual caddisflies may not survive the journey. From a longitudinal perspective, it also produces an abundance of energy in downstream sections asAnisocentropusare in-turn fed upon by their predators. More energy than found in a typical stream’s headwaters. In this way, the upstream sections of lotic streams act as energy supplies for those farther downstream. This is called export, or to put it another way, headwater sections do not process energy quite as efficiently as downstream sections, creating a mobile surplus.

So how is the food supply in these upstream sections maintained if the detritus and bugs constantly flow out of the area? For the detritus, energy is simply re-supplied by leaf-fall into the headwaters each autumn. But what about the Anisocentropus? One of the interesting things about aquatic insect behavior is that many have a capacity to move upstream and down. How do they do that? When Anisocentropus larvae mature and metamorphose to emerge from the water as winged adults, they will fly in an upstream direction as they seek areas to lay eggs and reproduce. Sometimes these winged migrations can be surprisingly lengthy for something so small (an insect) traveling hundreds of meters or even kilometers, depending on when and where the insects emerge. Thus, the headwaters are re-populated. Interestingly, it only takes a little reproductive success to produce enough offspring to re-populate an area.

We collected ourAnisocentropus this summer from a small Appalachian stream in Georgia we visited during a recent client study. They are primarily southern in distribution. They feed upon partially decomposed detritus. (Detritus must be broken down by bacteria before it becomes digestible.) Because of this, they are part of a feeding guild called the “shredders.” Anisocentropuslive in slow-moving streams flowing through deciduous forests, and their life span is about two years (long for an aquatic insect).

I will discuss other lotic system dimensions in future articles. But for now, Anisocentropus are our Normandeau “Bug of the Month.”