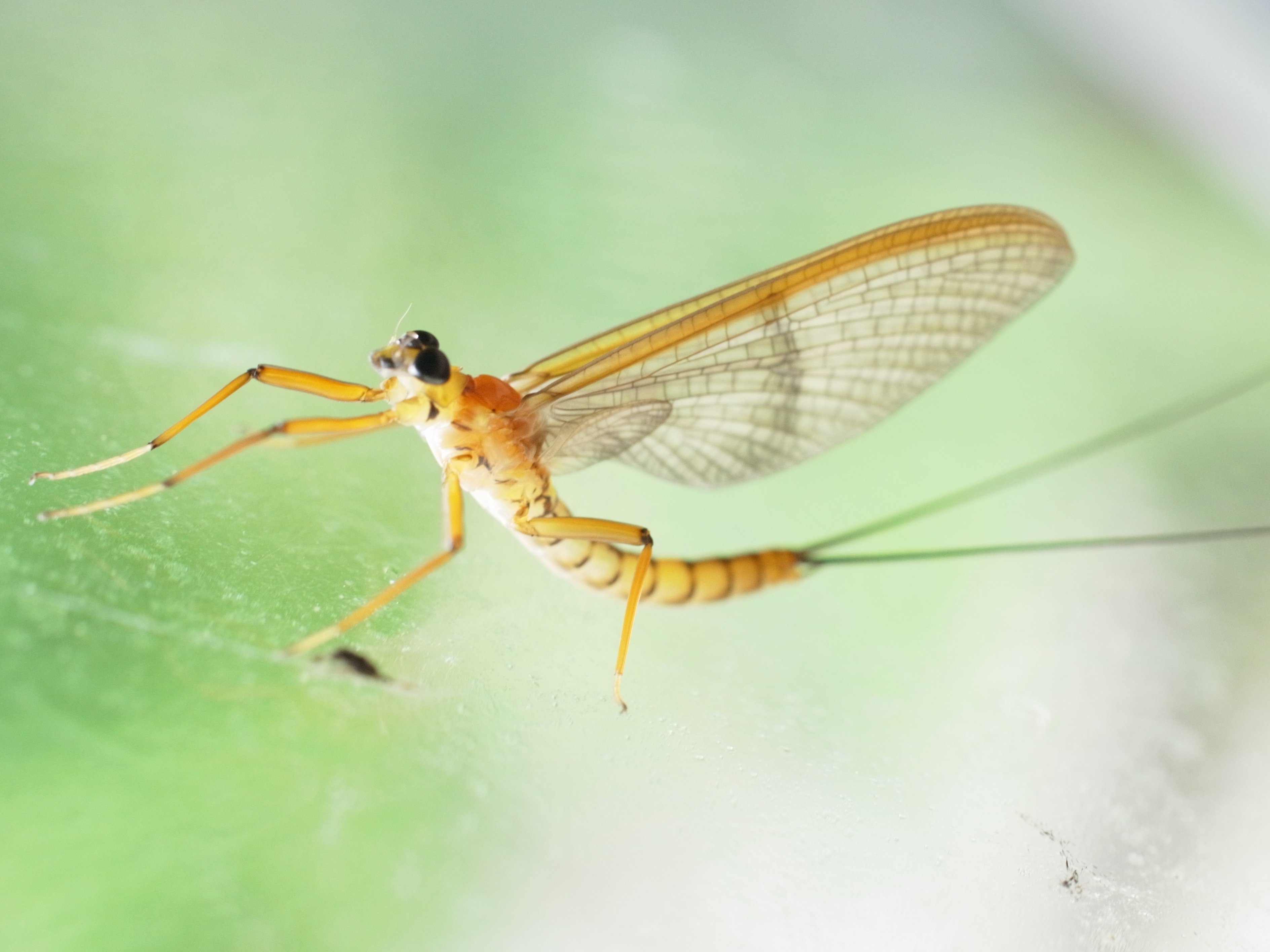 The last article about specialization used the example of a caddisfly called Fattigia pele, a species associated with sandy-bottomed streams. Here, we continue this discussion with a second sand-bottom insect—a mayfly within the genus Pseudiron. Specialization allows certain little beasties that are poor competitors to colonize areas that are difficult for most other invertebrates.

To achieve this, specialists utilize behavioral or anatomical traits that sometimes give them an odd appearance. Such is the case for Pseudiron. Primarily southern in distribution, this mayfly is found in medium- to large-sized slow-moving rivers, where many of the indigenous forms are good burrowers. This allows swift currents to pass over them rather than sweep them away. However, Pseudiron is not a burrower. They have exceptionally long claws that they deploy as grappling hooks (holdfasts) and stay put that way. The nymphs lie on top of the sand head down facing the current with all three pairs of legs (all insects have six legs by the way—hexapods, that is) angled backward, anchoring them in place. This gives them the common name that describes them as the “crab-walker” mayfly.

Since sand substrates are generally poor places to find food, forms that colonize them must adapt again. Often, herbivorous invertebrates residing in sand (such as Fattigia) can digest food items that other forms cannot, such as partially decomposed detritus. Pseudiron, however, is a predator—a rare exception among the mayfly order—where nearly all genera are herbivores. Pseudiron preys largely on midge larvae (tasty little insects that are good burrowers) and common on sandy substrates. Good swimmers, Pseudiron have been observed hunting along the substrate.

We have only found Pseudiron on two occasions during the 50+ years we have been conducting taxonomic analyses at our office. One we collected with a Ponar Grab, in the early 90s from the Roanoke River near the village of Clover, Virginia. A second was identified this year from a sample collected by one of our clients from the Little Lynches River in Kershaw County, South Carolina. Thus, they are thought to be rare within parts of their range (well of course they are—you don’t just find specialists anywhere). At long last, we have now seen them twice.

Pseudiron, the crab-walker mayfly, is our Normandeau “Bug of the Month.”