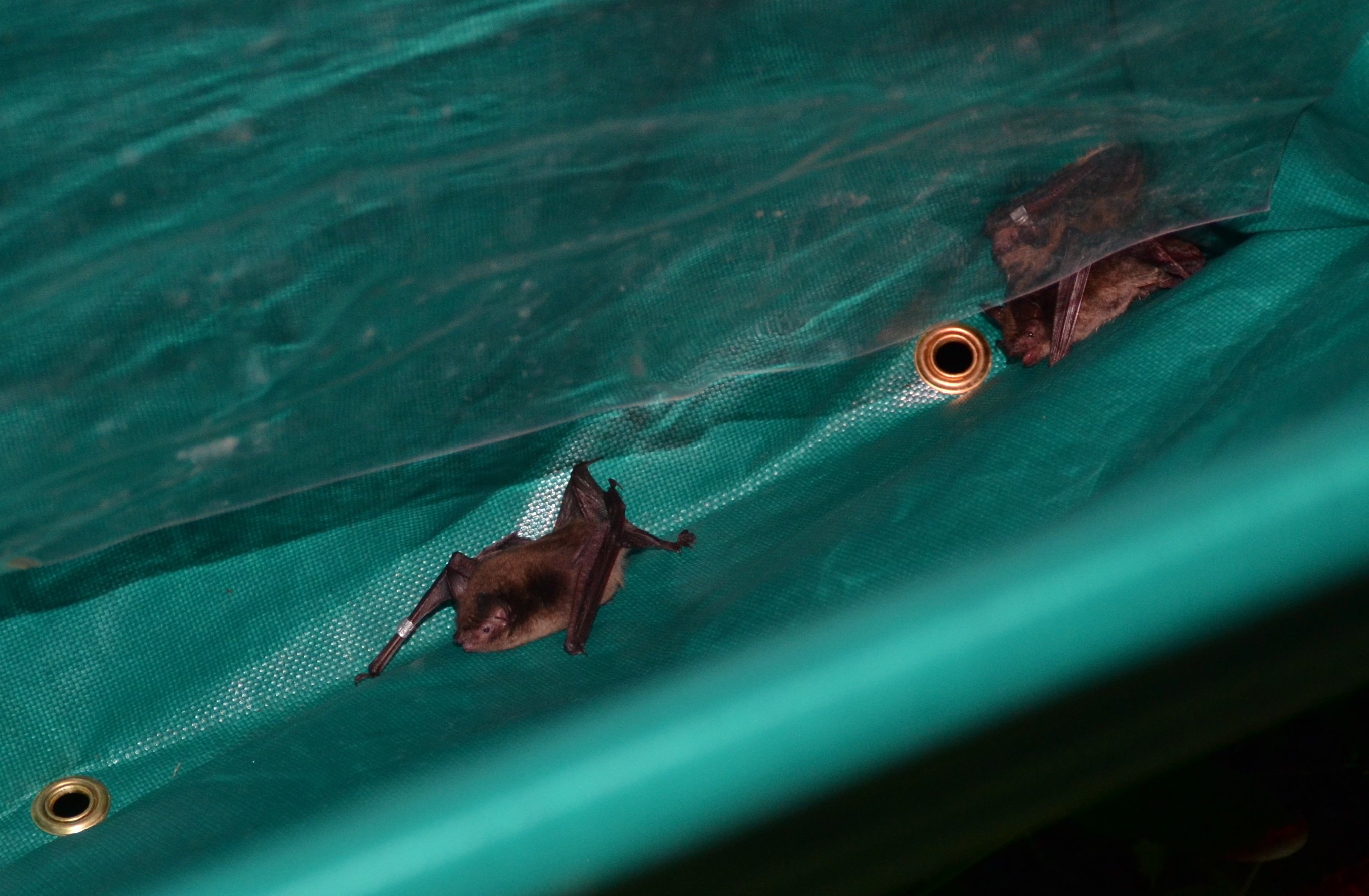 Bats in the holding bag of a harp-trap

The eastern small-footed bat (Myotis leibii) is unique among the bats of New England and the mid-Atlantic as it is the only species that uses talus slopes, cliffs, and rock fields to roost during the spring and summer seasons. Other bat species commonly use trees for roosting during this period. The relatively rare habitat of the eastern small-footed bat, combined with other threats such as wind energy and white-nose syndrome (a disease ravaging the bats of North America), makes the species particularly vulnerable to disturbances, including habitat modification. Although they are not currently listed under the federal Endangered Species Act of 1973, many states (including Pennsylvania, Vermont, Maine, and New Hampshire) have listed them as a species of concern, threatened, or endangered. Key to protecting eastern small-footed bats from development activity is finding their habitats, including winter hibernacula and summer roosting areas. 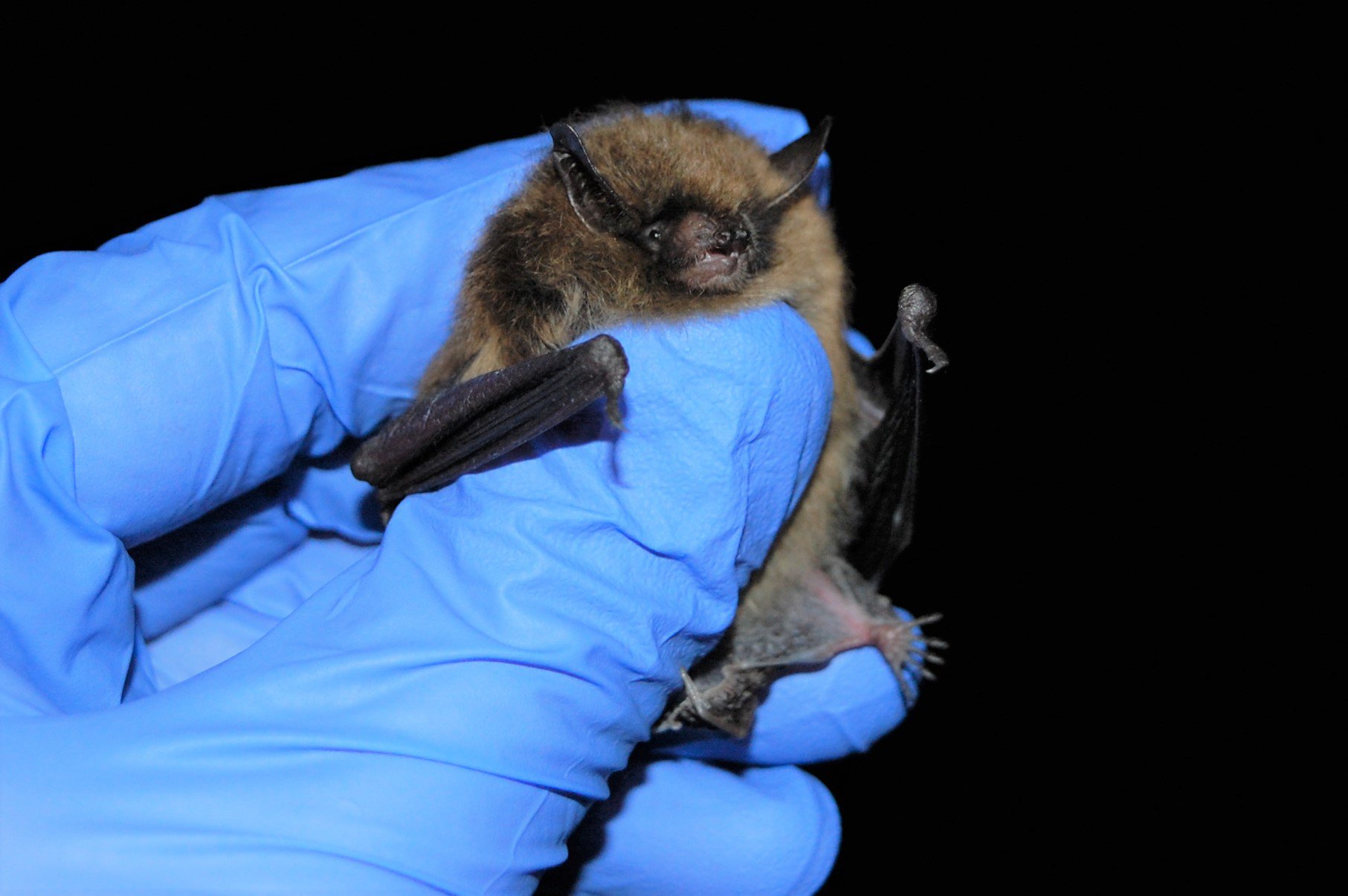 Overwintering bats that hibernate in caves or mines known as hibernacula are sensitive to human disturbances such as geotechnical boring or blasting. If safe and accessible, hibernacula can be visually surveyed to assess species composition and abundance. If the hibernaculum is not accessible, biologists use a specialized net known as a harp trap to capture bats as they enter and exit the hibernaculum just before or after the hibernation season. These surveys help establish if bats are using a particular cave or mine, and therefore whether certain anthropogenic activities are appropriate. 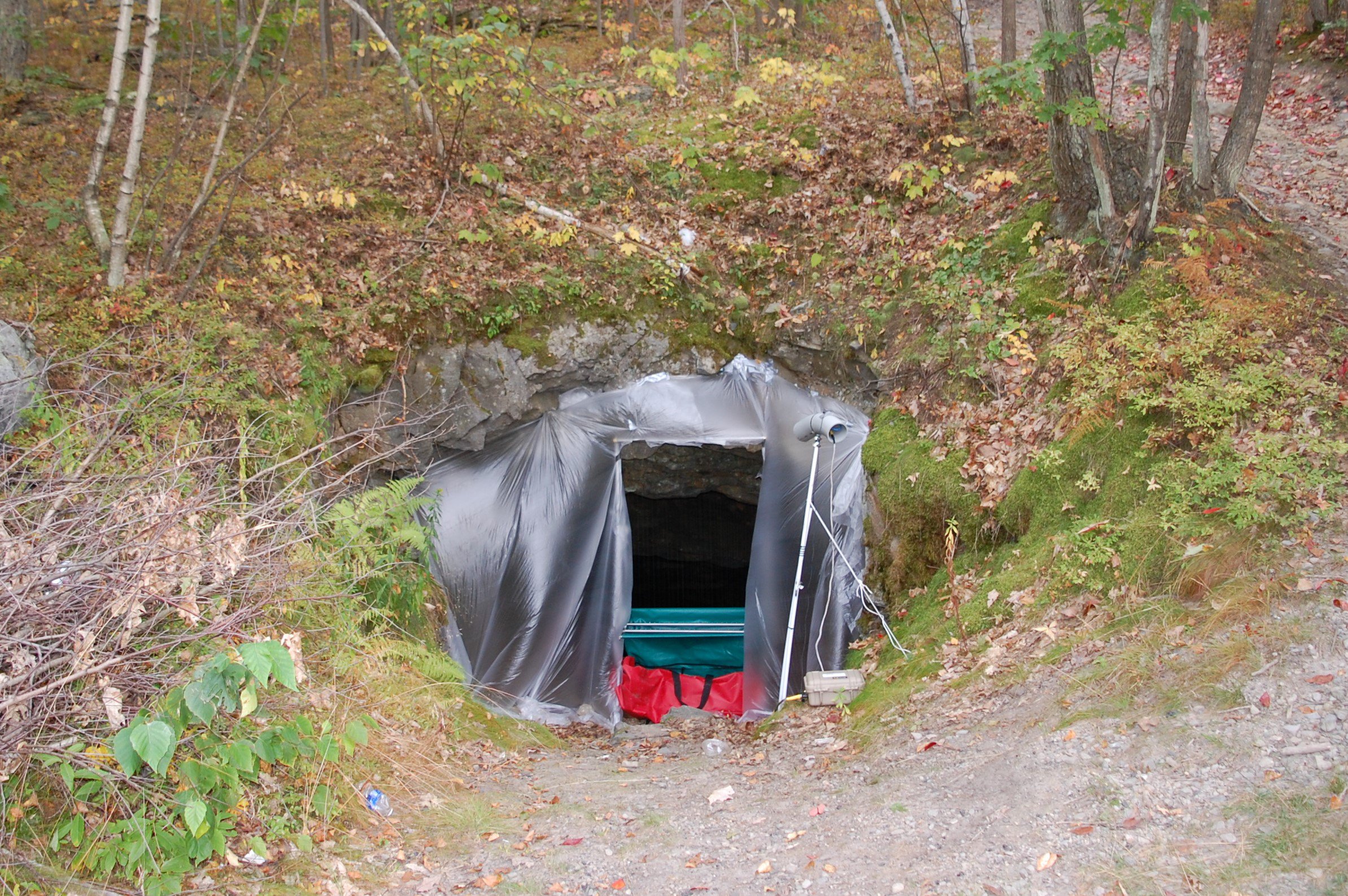 Potential spring and summer habitats are documented through examining the suitability of a particular environment for roosts and can be confirmed through emergence surveys using either human observers or night-vision equipment. Mist-nets can also be used to capture bats during nighttime foraging, which are then fitted with a radio-tracker and followed back to their roosts. With this information, developers are generally able to avoid disturbing potential habitats, but occasionally impacts to these areas are unavoidable. Pennsylvania, in particular, has implemented an avoidance/mitigation strategy, where exclusion devices are put over potential summer habitats in the wintertime to prevent bats from entering in the spring, prior to demolition. Artificial roosting structures are then designed, constructed, and monitored for roosting activity, in order to mitigate the unavoidable impacts. 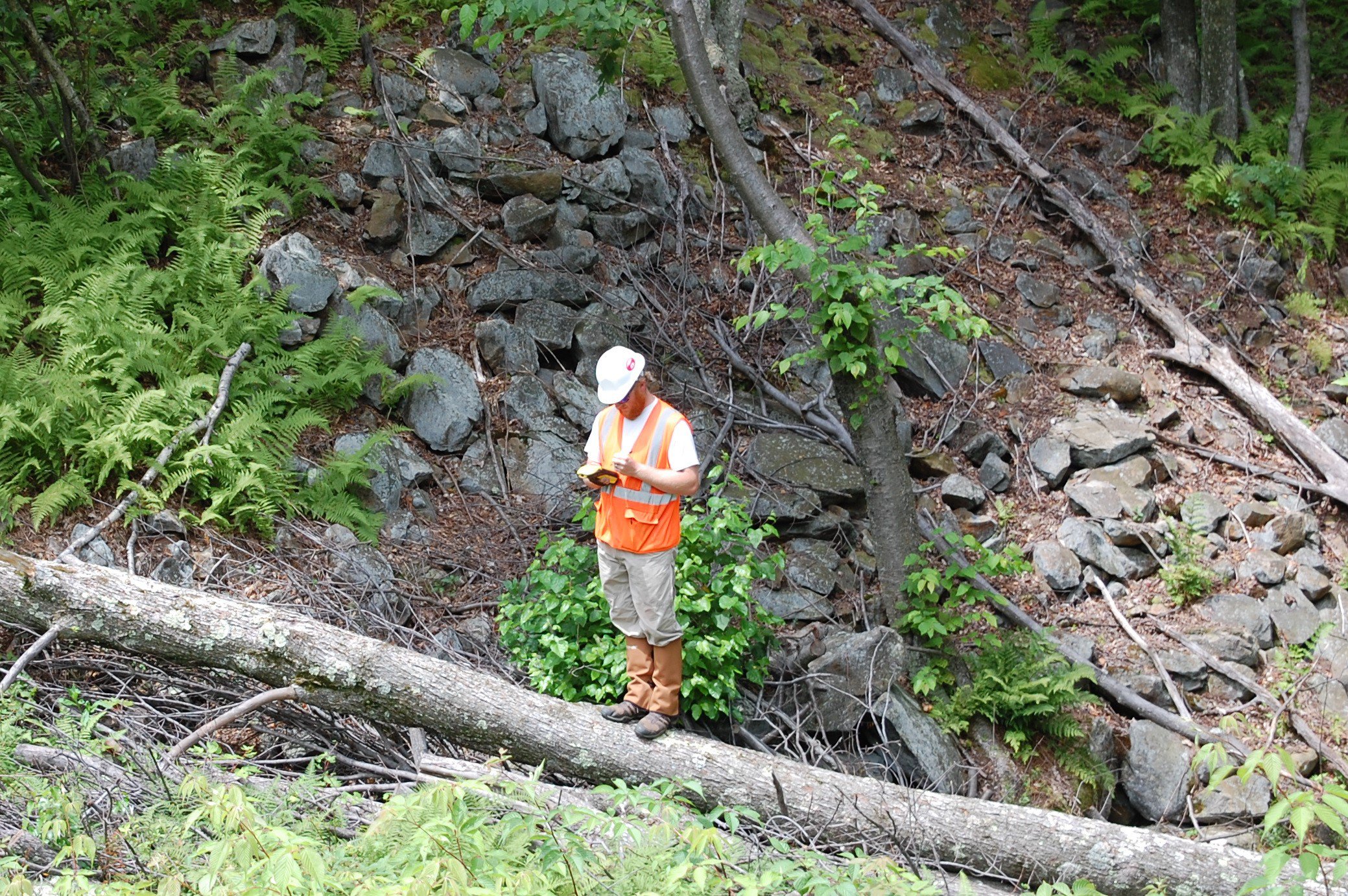 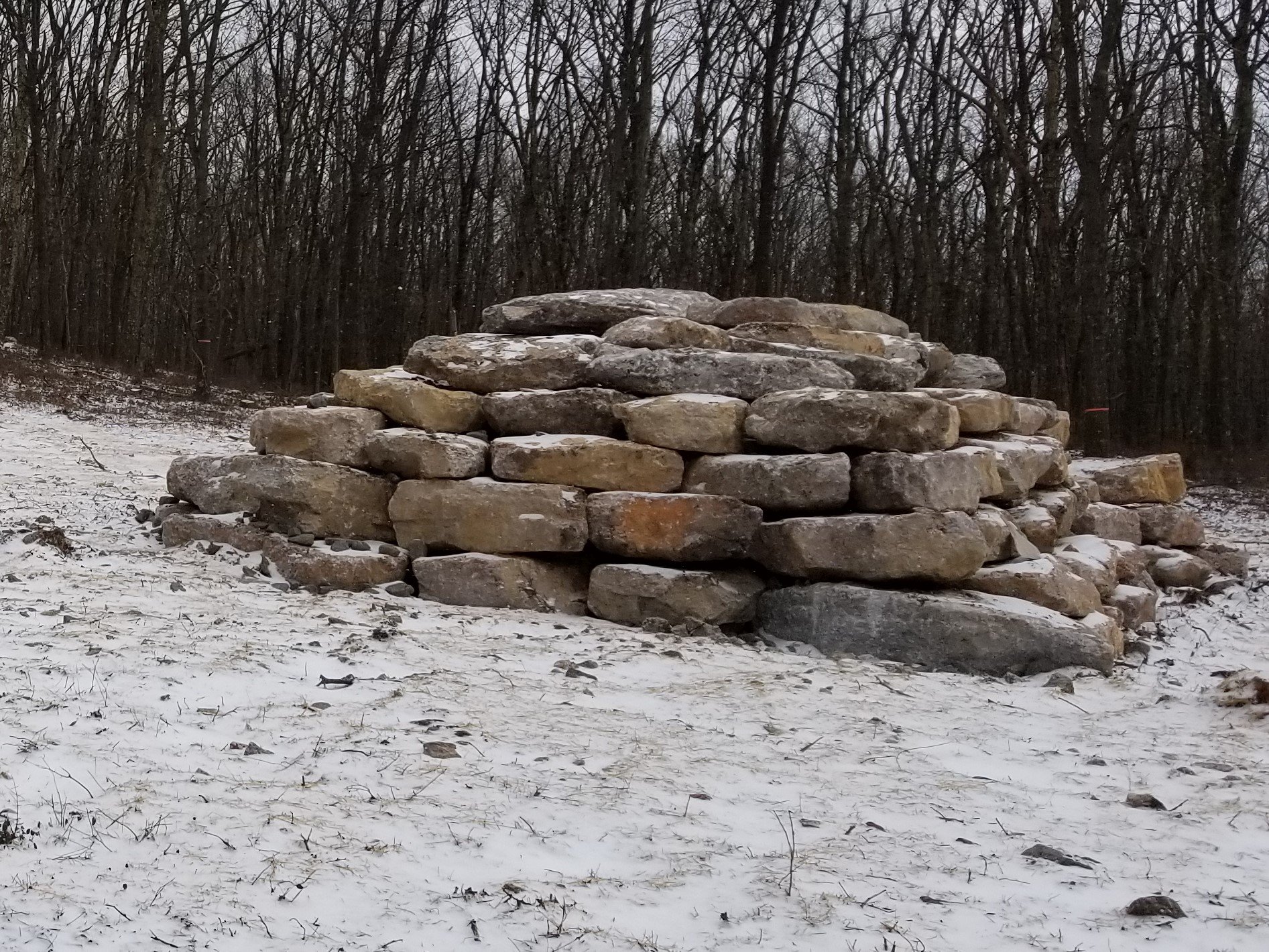 If you wish to learn more about the eastern small-footed bat or have questions about how the species may affect your projects, Normandeau’s team of experienced biologists, Qualified Bat Surveyors, and Certified Wildlife Biologists can be contacted here.