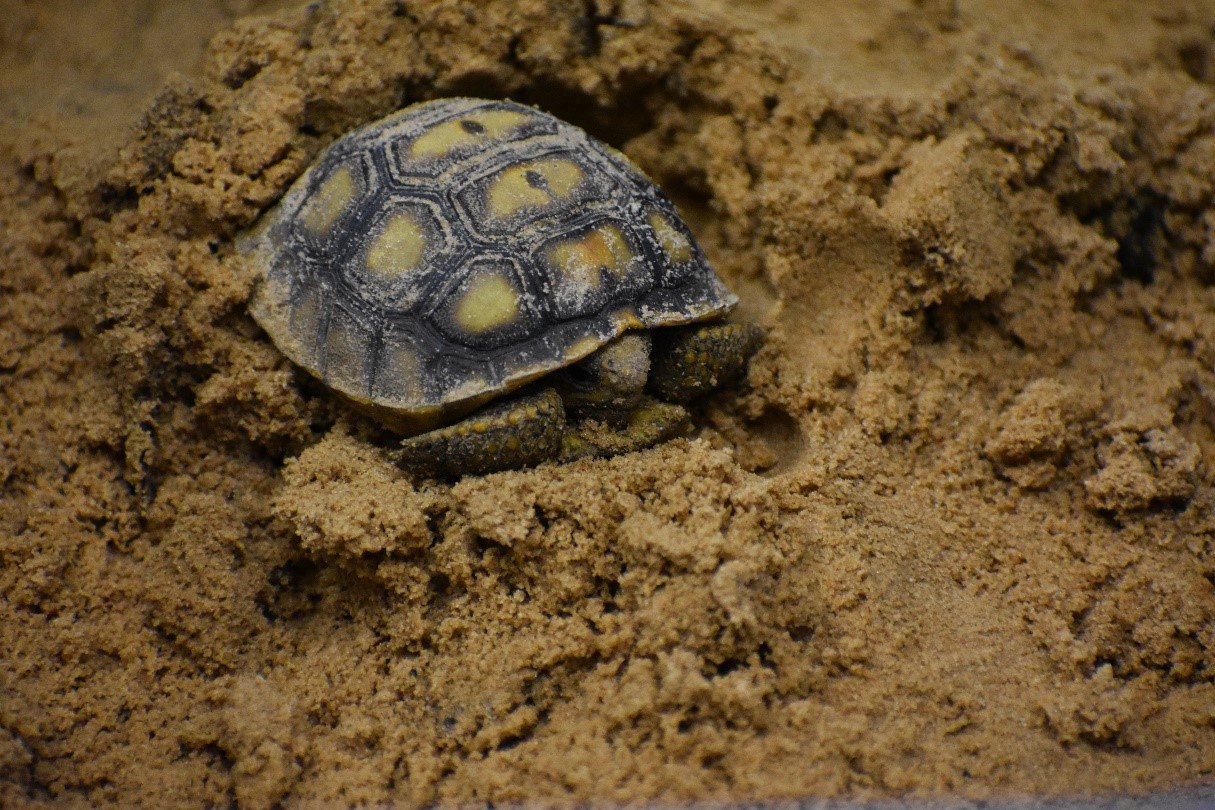 Normandeau’s Gainesville, Florida, staff members have a long history of studying and working with gopher tortoises (Gopherus polyphemus). Found in upland habitats throughout Florida and in portions of South Carolina, Georgia, Alabama, Mississippi, and Louisiana, the gopher tortoise is the only native terrestrial tortoise east of the Mississippi river. The gopher tortoise is protected across its range and is state-designated threatened in Florida and a candidate for federal listing. Gopher tortoises can live more than 60 years in the wild and grow up to 15 inches in length and weigh more than 12 pounds.

Known as a keystone species, the life of a gopher tortoise revolves around a tunnel-like burrow that it excavates with its spade-like front limbs. These burrows can reach over 50 feet long and 23 feet deep! The gopher tortoise burrow acts as a refuge to over 350 other species known as “commensals,” which include snakes, foxes, skunks, armadillos, opossums, rabbits, lizards, frogs, toads, and many invertebrates. Several commensals are also legally protected, such as the Federally listed threatened eastern indigo snake (Drymarchon couperi), state-designated threatened Florida pine snake (Pituophis melanoleucus mugitus), and the Florida burrowing owl (Athene cunicularia floridana), which adds to the burrows value in the ecosystem. 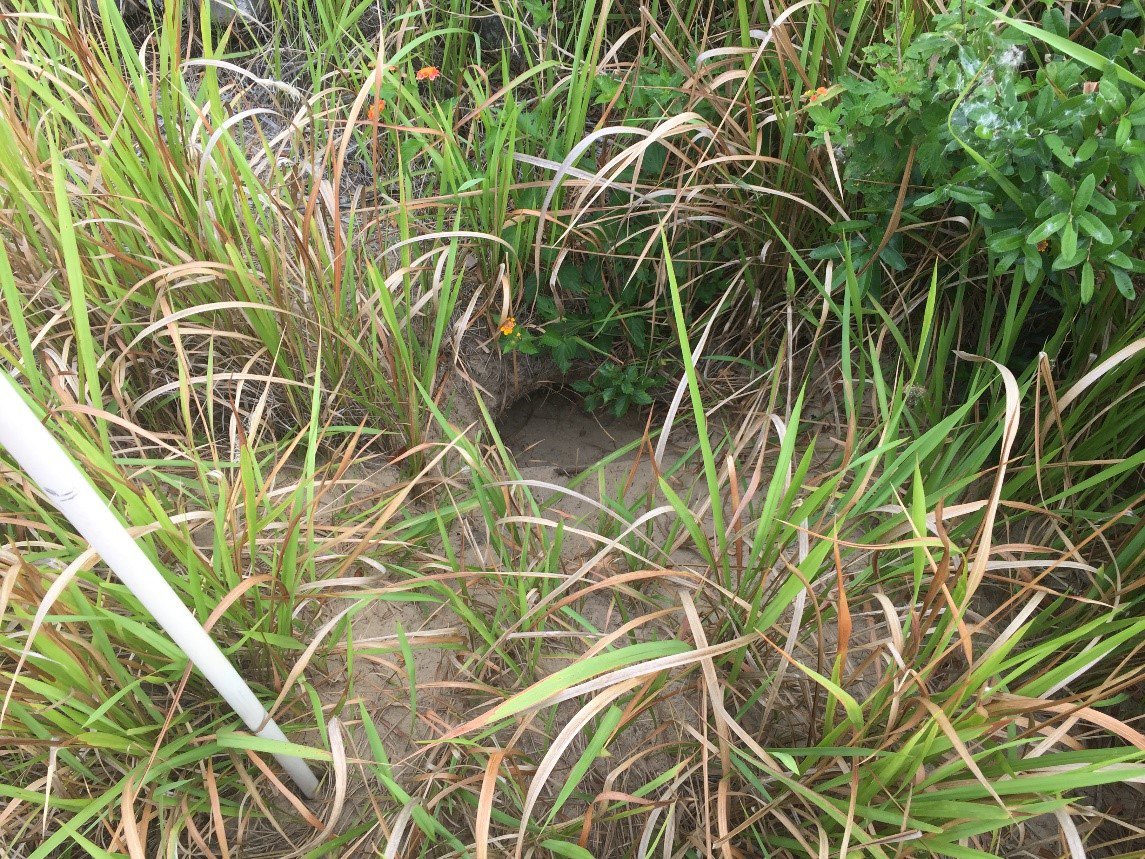 The Florida Fish and Wildlife Conservation Commission (FWC) created the gopher tortoise permitting system to act as one tool to accomplish the goals and objectives set forth in the Gopher Tortoise Management Plan. As part of this system, FWC issues Authorized Agent permits to individuals who apply for and meet certain knowledge and experience criteria regarding gopher tortoise biology, handling, surveying, permitting, burrow commensals, transportation, and release.

In recent years, Normandeau has been hired to permit and relocate gopher tortoises in areas of impending development. Work of this nature includes surveying, permitting, agency site visits, excavation, transportation, and release of gopher tortoises to an offsite, FWC approved, long-term protected recipient site. The permitting strategies employed during projects like this typically include onsite avoidance, mitigation, and offsite relocation of gopher tortoises associated with the burrows to be impacted by development. 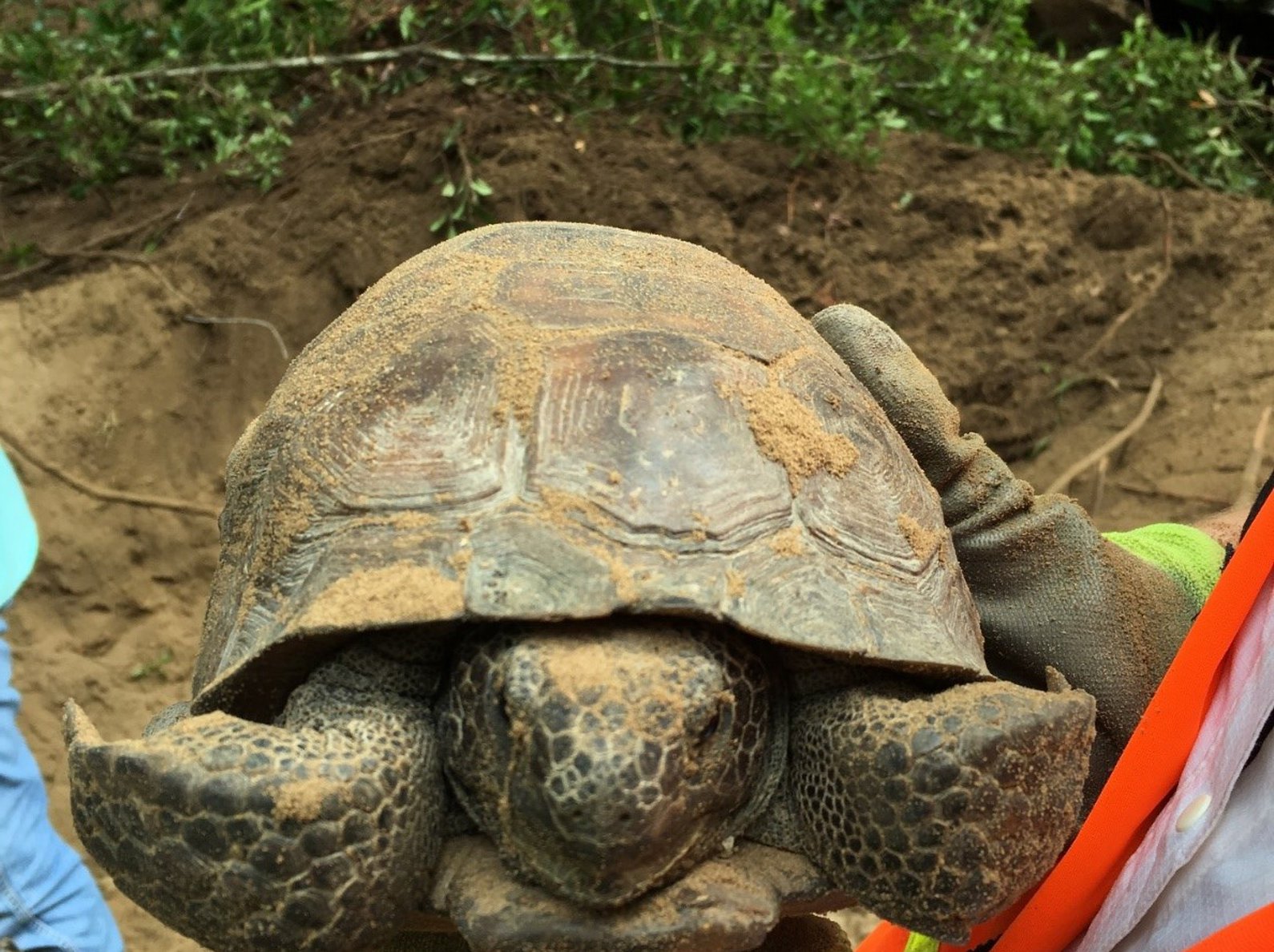 Upon commencement of the relocation activities, burrows are excavated by backhoe and hand shovel. To capture gopher tortoises from burrows that cannot be excavated (e.g., due to buried underground utilities), FWC requires bucket trapping, where five-gallon buckets are buried flush at ground level at the mouth of the burrow, camouflaged, and shaded. These traps are maintained and carefully monitored twice a day for a period of 28 days or until the resident tortoise is captured, whichever occurs first. During each visit, the trap is checked to ensure that the trap and shading are set correctly to prevent captured tortoises from being left in traps for extended periods of time or exposed to direct sunlight. Bucket traps must be closed if the forecasted low temperature is below 50°F and restarted at day 1 when reopened. 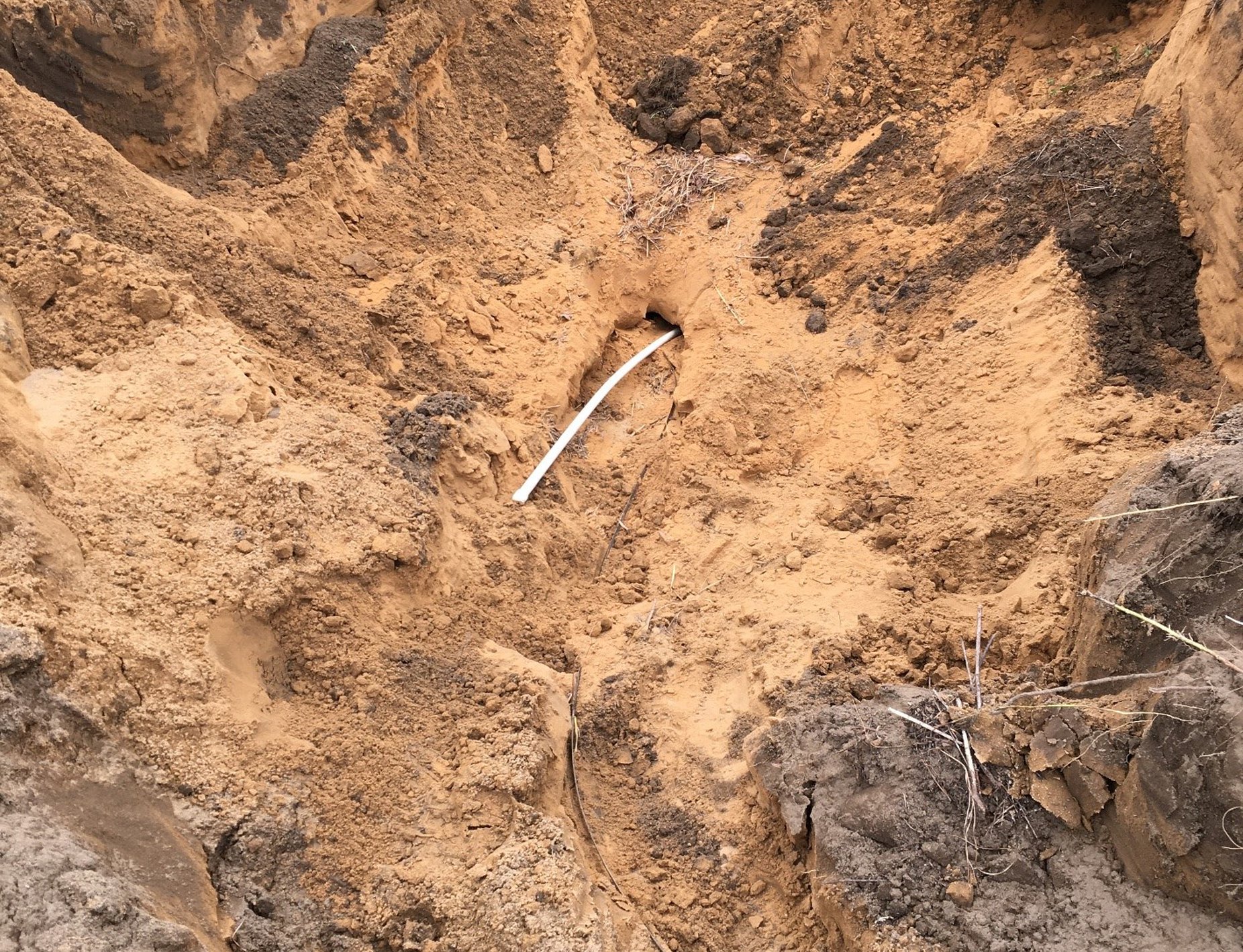 The relocation of a nest is a delicate and time-consuming activity that requires practice and care to ensure the highest chance of survival for the incubating eggs. If gopher tortoise eggs are discovered, a mark is made on the top of each egg as a way to record and maintain the orientation of the egg during excavation, handling, transportation, and relocation. Positional orientation needs to be maintained to avoid disrupting the intricate processes involved in the development of an egg.

Normandeau employs several wildlife experts with knowledge and experience in relocating terrestrial, marine, and freshwater species. In particular, we are well-versed in threatened and endangered species permitting, surveying, and relocation. If you have an upcoming development or construction project that requires a wildlife consult, do not hesitate to reach out.