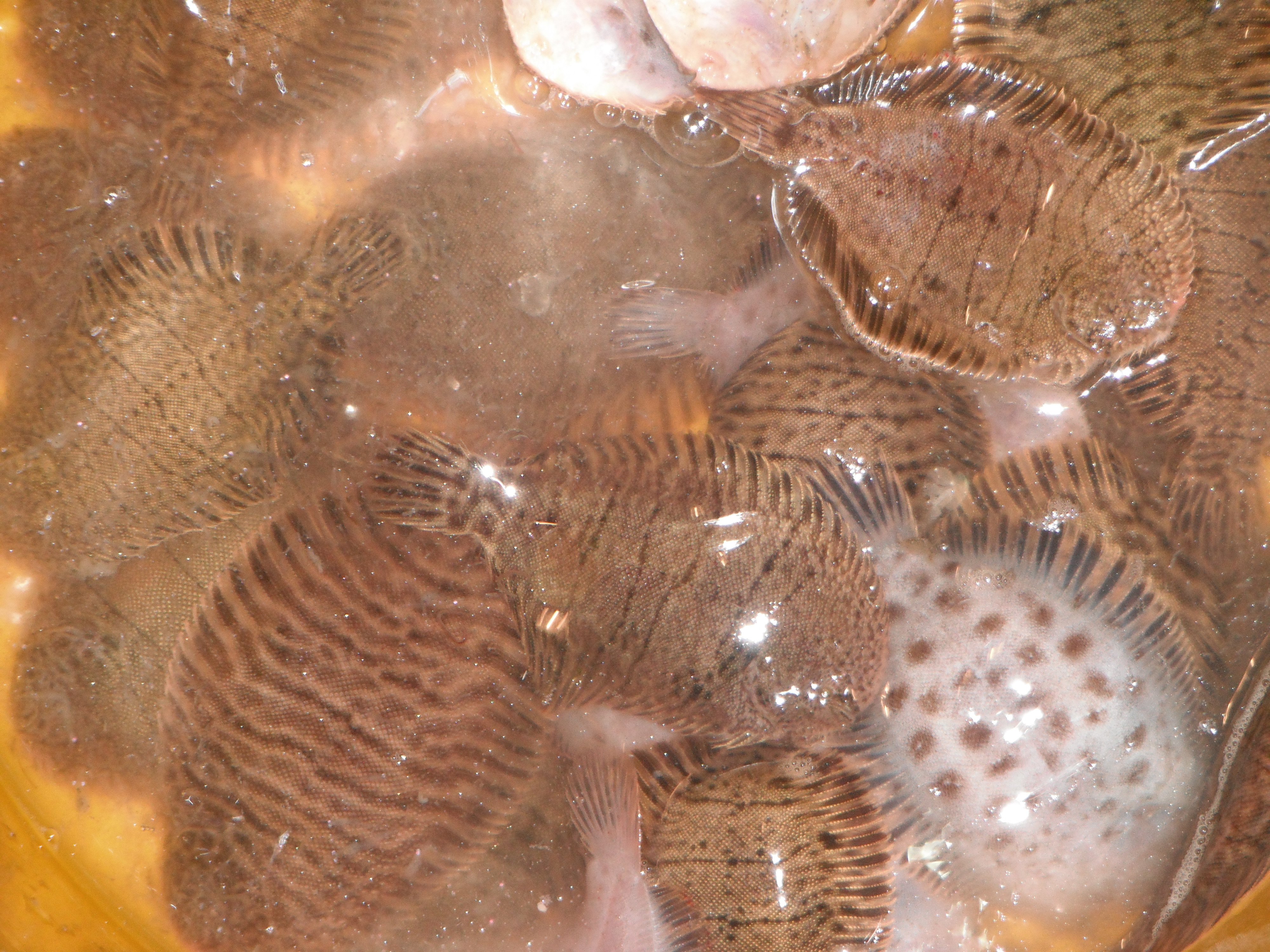 Here is a sampling bucket full of Hogchokers.

Our last Featured Fish (the ugdorable Lumpsucker) came equipped with its own personal suction cup and a name that can’t be beat. So for this month, we’re featuring another dramatically named fish that takes its own approach to sticking around—the Hogchoker (Trinectes maculatus)!

The New York field team at Normandeau might give a groan at hearing that name, and we can’t blame them. Handling Hogchokers sucks—literally!

Hogchokers are a common right-facing flatfish found in Atlantic coastal waters and estuaries with a preference for brackish water. A member of the American sole family, Achiridae, they hatch with symmetrical, standard fish bodies, but early in development their left eye migrates over to the right side of their head and from then on they lie down on their left. The larvae also start out with pectoral fins, but they don’t keep them: The pectoral fins of adults are usually vestigial or absent. Hogchokers only grow to be 3–6 inches long and have mottled brownish coloring well-suited to hiding on muddy bottoms and feeding on the creepy crawlies that live there. They may show up with stripes, spots, blotches, or any combination of those patterns. (However, they won’t be pink; the color in our photos comes from a dye used in sample sorting.) Hogchokers have rather small and close together eyes, giving them a unique appearance; they also have a lot of fleshy fringe around their bodies that helps them cling to surfaces. 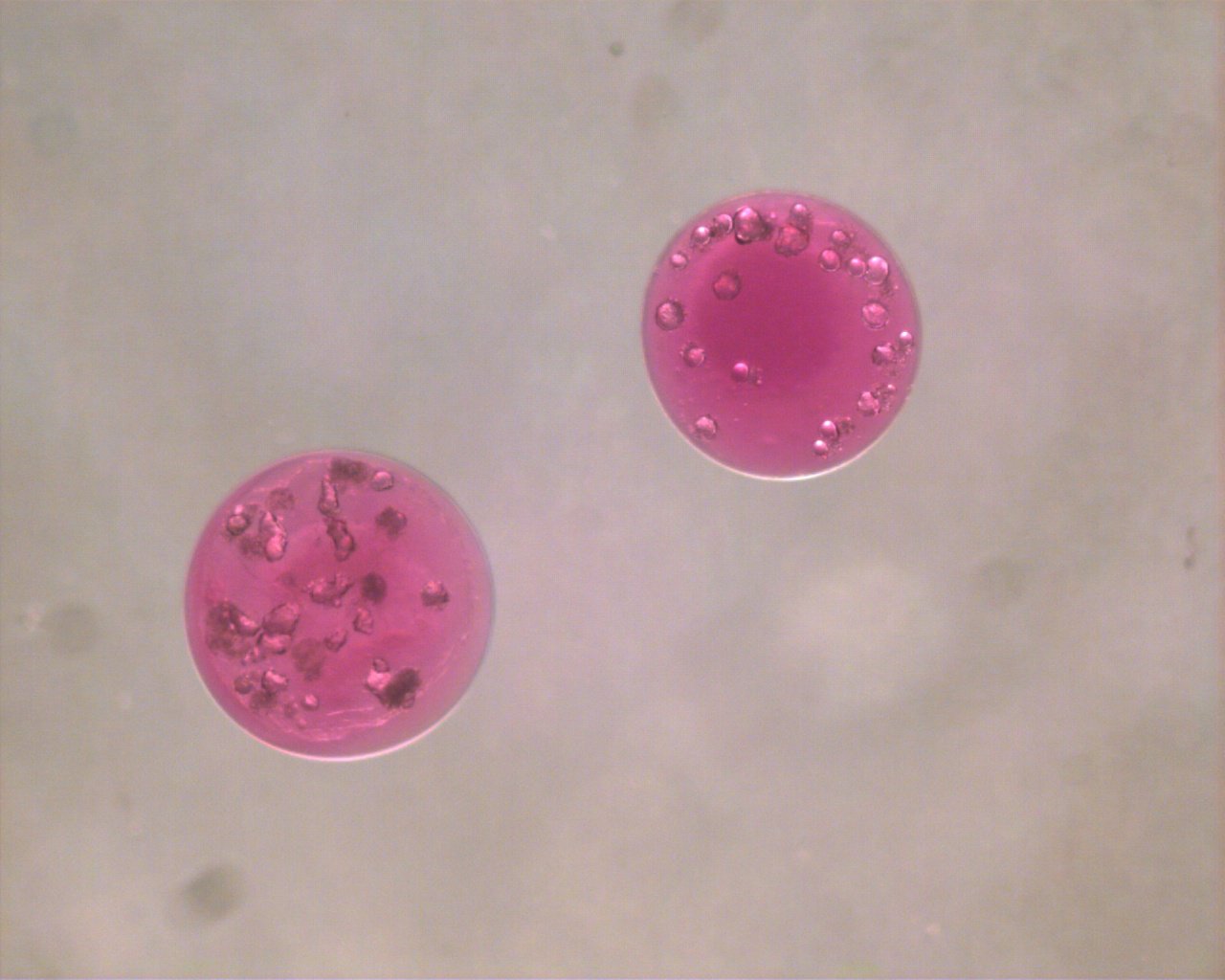 Hogchoker eggs are dyed pink in the sorting process.

Being able to cling is handy for a bottom-dwelling fish, and lots of fish have adaptations to help them do just that. Last issue’s Lumpsucker had specially modified pelvic fins that formed a suction cup, a trait that has evolved in several other fish groups such as Gobies and Clingfishes. Hogchokers, instead, go whole-hog—they use their whole body as the suction cup. By bowing their bodies, they can achieve a surprisingly strong grip, and it’s this trait that earned them their name: Hogchokers are a bony, small, and unpalatable fish with no commercial value. Fishermen instead tried feeding them to their hogs, but the Hogchokers would suction cup themselves to the pig’s palate and not go down.

They’re also good at suctioning themselves to the sides of buckets, to sampling gear, and pretty much anything a tired field team doesn’t want them attached to. The Normandeau team spent many long nights on the Hudson River prying Hogchokers off everything. But while they may not be everyone’s favorite fish, they’re certainly a fun one!