Normandeau Deploys Its ATOM™ System Technology off the Coast of Virginia 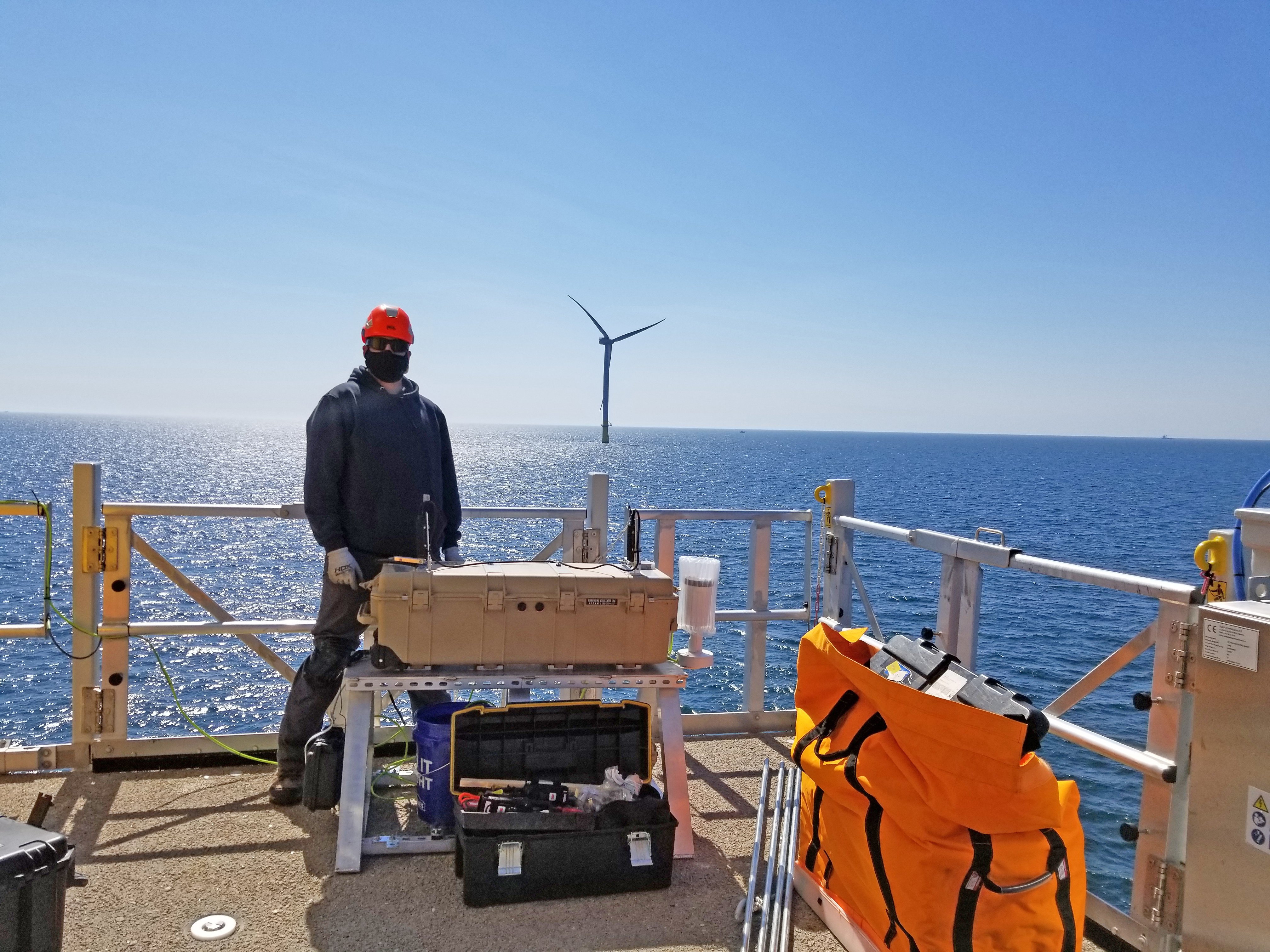 The concept for an acoustic and thermographic detection device for offshore wildlife risk studies originated in Gainesville, FL, in 2009 during the first mid-term meeting of Normandeau’s Offshore Bird Project Team, which included BOEM (Bureau of Ocean Energy Management) representatives. The project team (composed of some of the world’s leading experts on offshore wind and avian ecology) developed the idea along with the Cornell Lab of Ornithology, which was tasked with automated call analyses for three primary species of interest: red knot, piping plover, and roseate tern. The team worked on developing prototypes and beta versions to collect, filter, transmit, manage, and analyze the data. The system was first deployed in 2011 at a test site in Lewes, DE, and then at the Frying Pan Shoals Light Tower (30 miles off the coast of North Carolina) for 1 year.

Since then, the continued enthusiasm of the technology team to improve and effectively redesign our Acoustic and Thermographic Offshore Monitoring (ATOM) system with added or improved sensors paid off: In 2020, Normandeau was tasked to put two ATOM systems at the Coastal Virginia Offshore Wind (CVOW) Pilot Project. Currently, the CVOW project is one of two offshore wind projects installed in the United States. The new ATOM system has improved thermographic sensors, an ambient light camera, a VHF receiving station to collect information on nanotagged birds and bats, and improved acoustic sensors for birds and bats. The result is a system able to view a large portion of the rotor swept zone with the thermal and ambient light cameras, effectively recording micro-avoidance or collisions of flying animals. 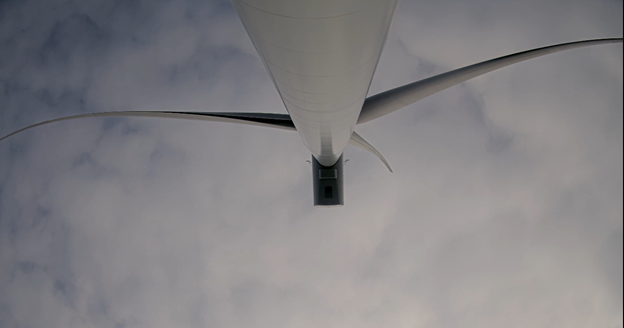 After rigorous sea survival safety training, Gainesville’s Martin Costello and Karen Gilland traveled to Virginia in a van laden with the two systems. The deployment took three days, one at each turbine and on the final day both systems were visited for final testing. The harsh environment meant the systems had to be completely secure and weatherproof. Martin’s expertise in installing outdoor systems was invaluable in planning for every possible way the elements could damage the system and this meant a lot of zip-tying and securing of all components. Each day, Martin and Karen had three crew members from Siemens-Gamesa Renewable Energy (the turbine manufacturer) present to assist them, provide safety instruction, and explain general turbine operations. On their first day out, they were also joined by Dominion executives who were able to observe the ATOM installation and learn more about the technology. 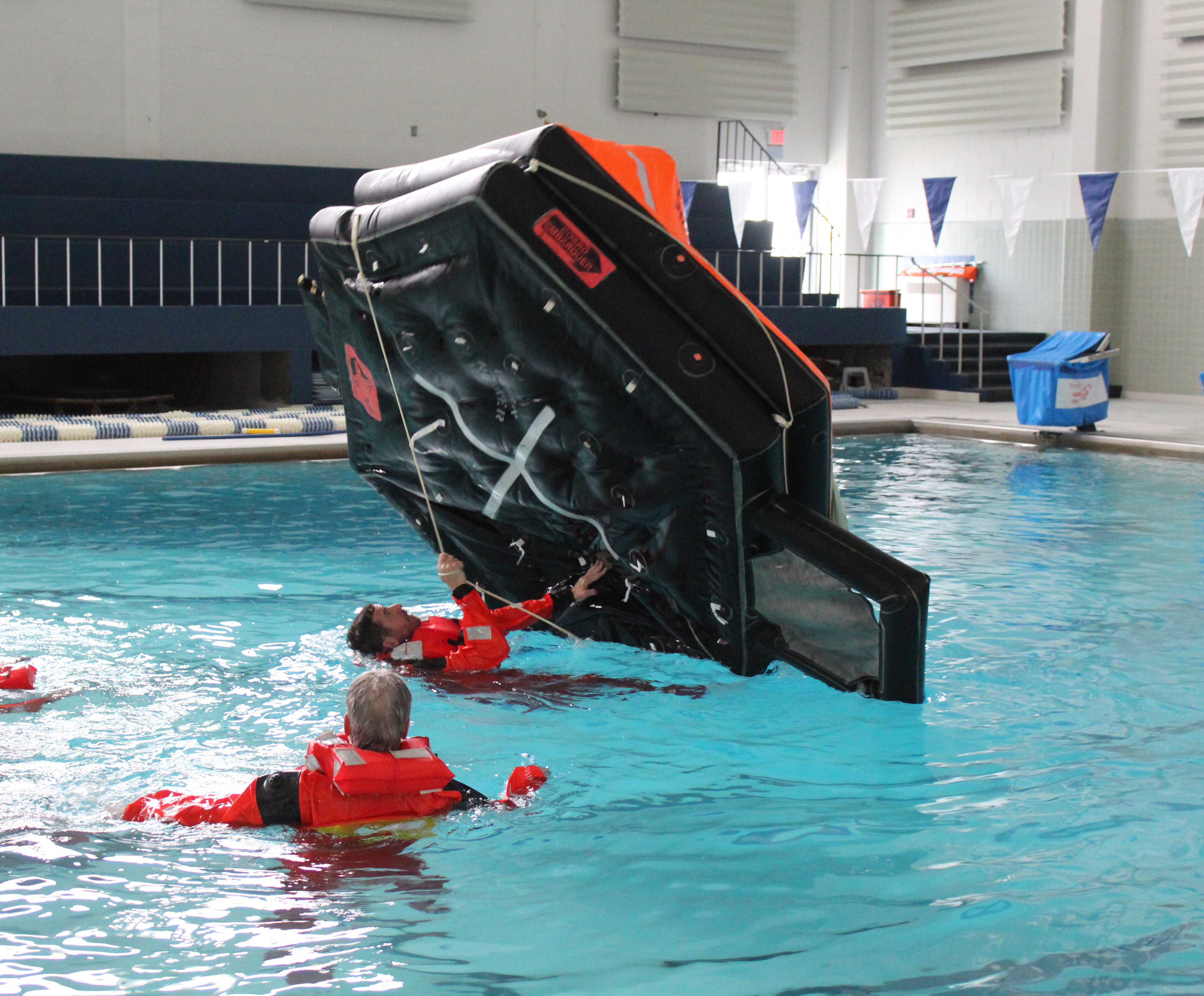 This photo captures a moment from Martin’s survival training.

A deployment day consisted of being at the dock by 5:30 am and leaving for the wind turbines at 6 am sharp. It was still dark when the boat left port, but heading straight east provided Martin and Karen with a glorious sunrise. It took about 2.5 hours to get to the turbines as the boat had to reduce speed due to possible right whales in the area. Martin and Karen had to don survival suits and climbing gear (≈20 lbs) to climb a 50-ft ladder to the platform, but once on the platform, the climbing gear could be removed. It was quite an exhausting ritual, but they made it—four times in all during the trip! 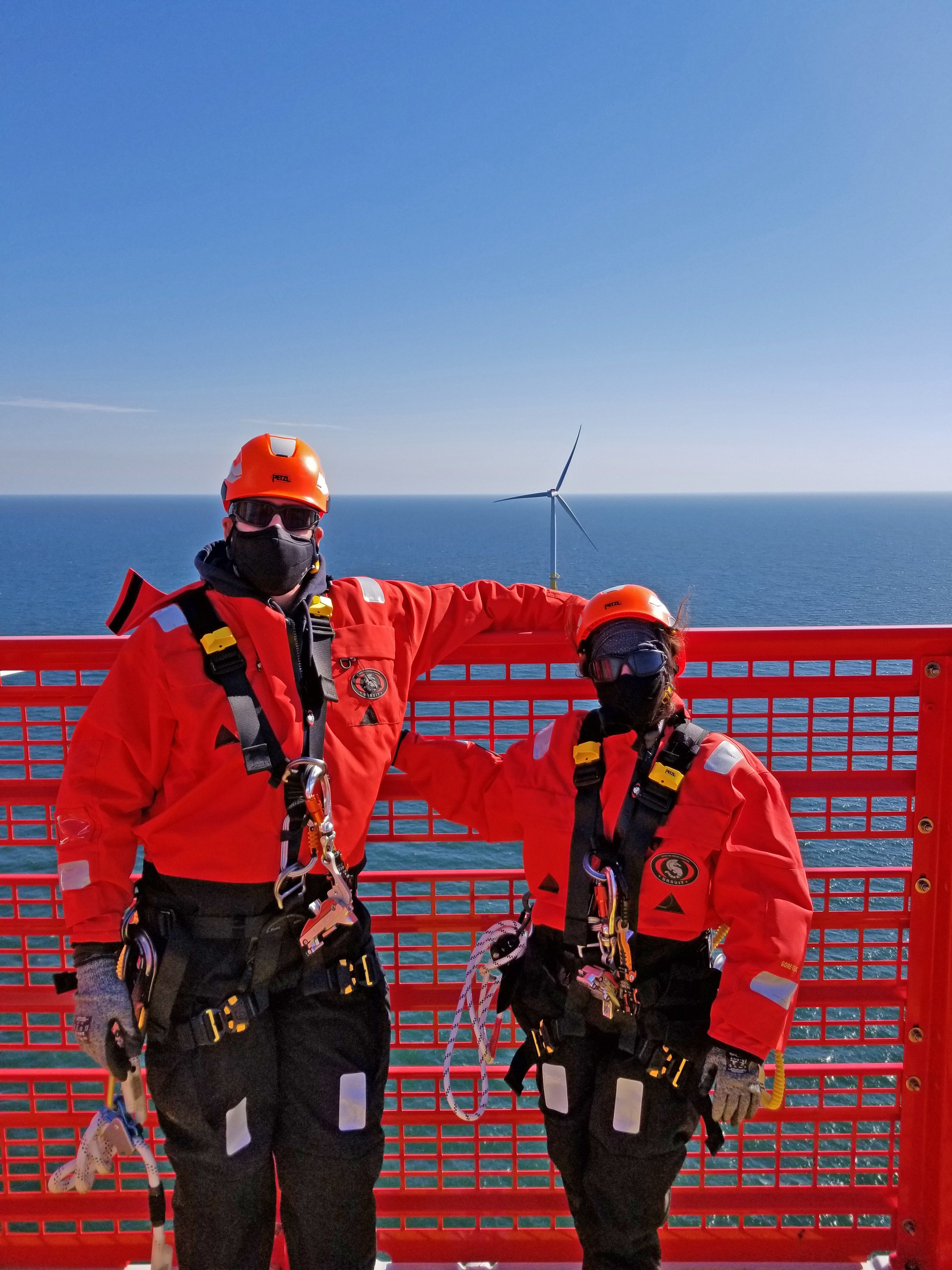 Martin and Karen had to wear approximately 20 lbs worth of safety gear when ascending to the turbine platform.

The ATOM system and equipment were hauled by crane onto the platform and Martin and Karen began the assembly process. They had 5 hours per day to work on the platform, but the ATOM system and accompanying detectors were installed without any major problems. At 2:30 pm they had to stop work, pack up, and don the survival suits and climbing gear for the descent to the boat. The boat captain was highly trained in pushing the boat up against the turbine with specialized water jets to ensure that the last step from the ladder to the boat deck was surprisingly easy and safe. The long boat ride back was a wonderful time of relaxation, relief, and storytelling with all who visited and worked on the platform. Our crew was very lucky to have had beautiful weather, and it was wonderful and breathtaking to work out on the ocean on this project. 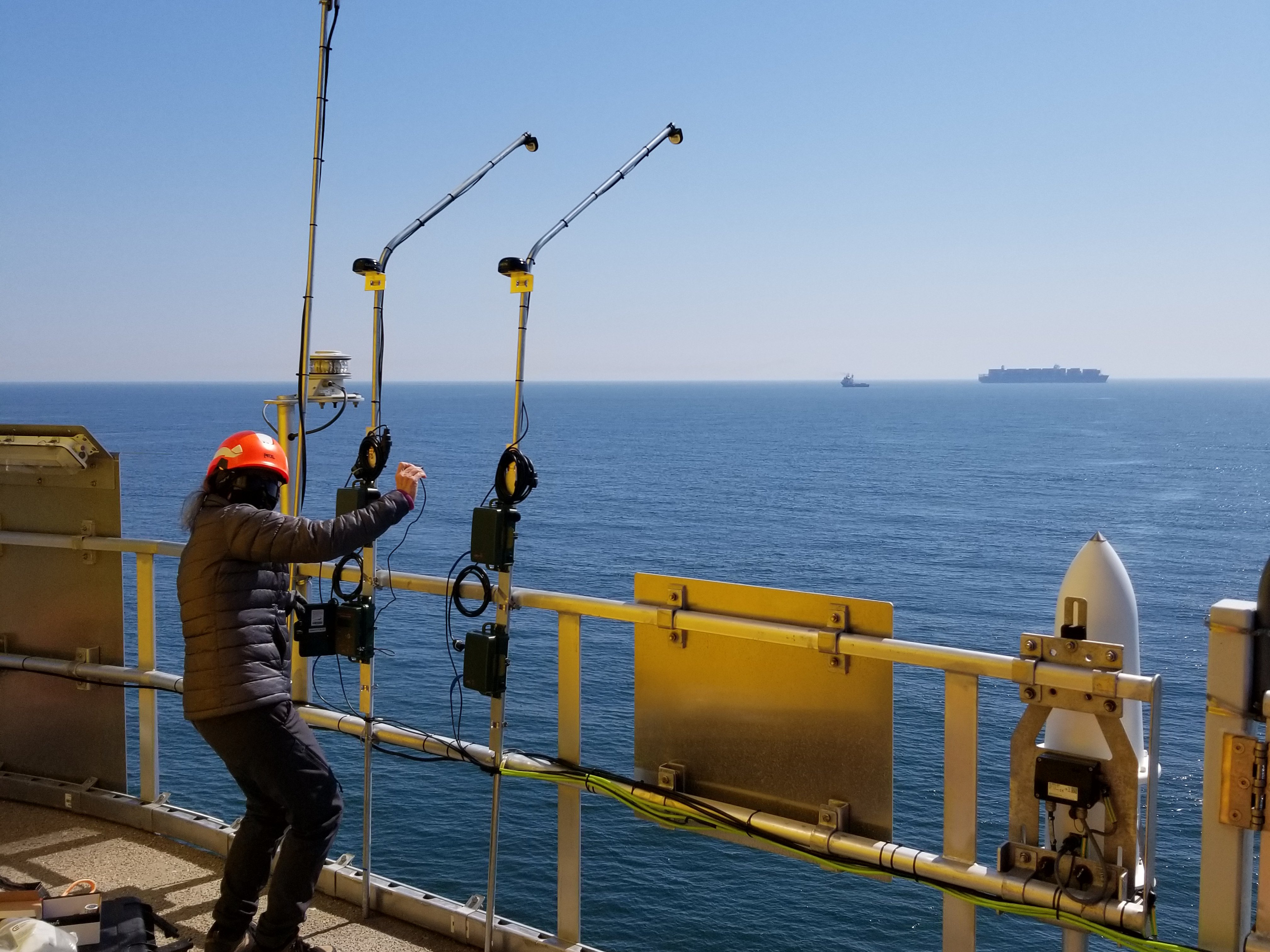 Installment occurred in early 2021, so we are still in the process of gathering and analyzing the data, but stay tuned for more about this project. To learn more about the innovative technology Normandeau uses to monitor wildlife, visit our ReMOTe site. Or visit our Contact Us page to connect with Normandeau’s team of expert scientists.