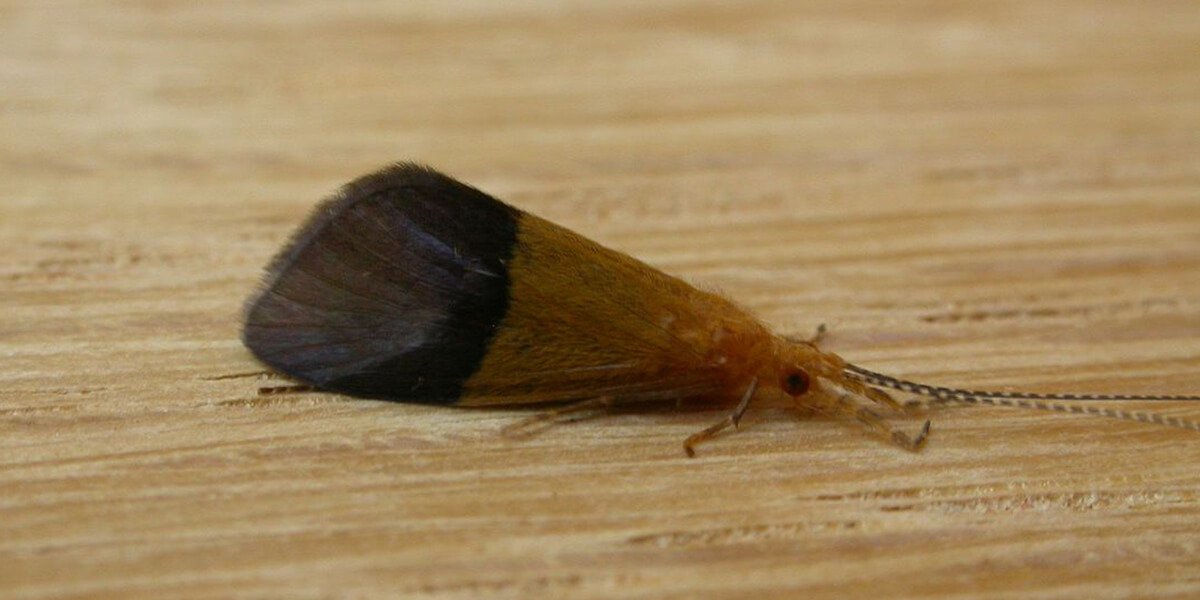 Our latest “Bug-of-the-Month” hails from Kershaw County, South Carolina. It is in a rather exotic genus of caddisfly called Anisocentropus, which includes about 60 species worldwide. They are found in southeastern states, where they prefer quiet areas of small streams flowing through coastal plain and piedmont geography. Because they feed primarily on detritus (plant material) in areas where fallen leaves accumulate, Anisocentropus will be present in streams where the overhead canopy consists of deciduous forest.

These are rarely encountered by fly fishermen but there is one fly pattern called the “medium brown sedge” that approximates their appearance.

The larvae are called “comb-lipped case makers,” a name given to them because of the presence of a set of about 16 bristle-like setae on the labrum (the upper lip) that is diagnostic of this family (Calamoceratidae). They are considered uncommon as there are only three genera of calamoceratids described from the United States. Caddisflies are always a curiosity to bug-people because of their behavioral habit of case construction, most of which are rather intricate and that of Anisocentropus par­ticularly so. Their case is constructed of leaves cut and assembled by the insect into two oval pieces. There is a larger piece on top that forms a dorsal shield over a smaller ventral piece. Between the two is a flattened chamber that houses the insect.