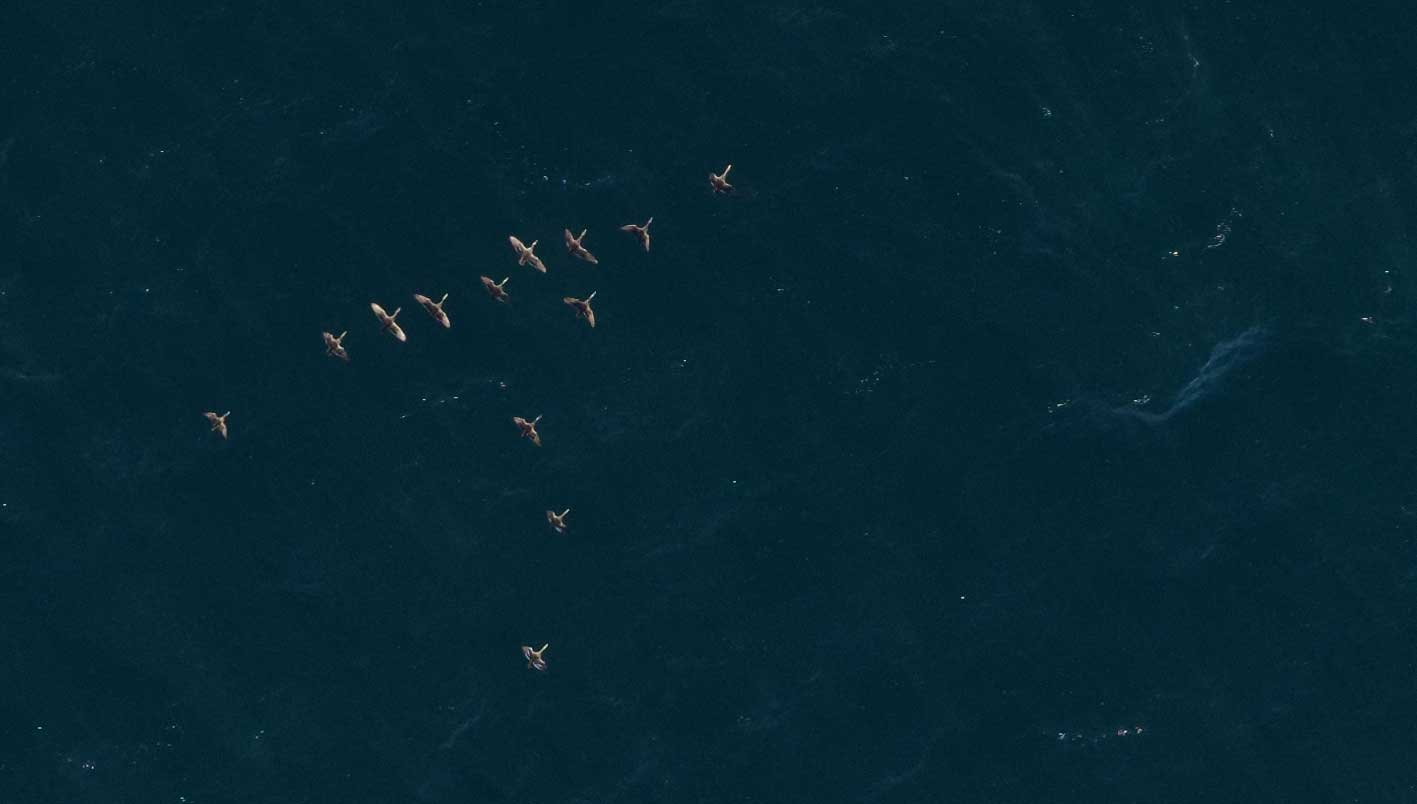 Normandeau Associates and its partner APEM have completed ultra-high resolution aerial surveys of offshore wildlife in the proposed Empire Wind area off the coast of New York state. The detailed monthly surveys conducted on behalf of developer Equinor provide crucial baseline data for environmental impact assessments and to confidently identify any potential impacts of the proposed development.

Each of the 12 surveys gathered approximately 160,000 images using APEM’s custom Shearwater III high-resolution digital camera system. Each pixel in the images is equivalent to 1.5 cm on the ocean surface, the highest resolution in use for large scale offshore wildlife surveys. Normandeau and APEM’s image analysts and taxonomic experts identified and plotted the location of a wide variety of birds, sharks, sea turtles and marine mammals such as whales and dolphins. The height and direction of birds in flight was also documented. The findings from the surveys can be accessed through Normandeau’s ReMOTe website.

The survey site is within the wider area that the New York State Energy Research and Development Authority identified as having the potential for offshore wind, which the Normandeau/APEM Team continues to survey.